Dating Tips To Land The Woman of Your Dreams

Every man who's ever dated (and even some who haven’t) has preconceived notions about women. These beliefs compel men to act a certain way, behave in certain manners, and only pursue certain ladies. But, most of all, these beliefs dictate the answer to the question of how to attract the woman of your dreams. The problem is that many of these beliefs aren’t accurate.

The idea that women only go for rich men is ridiculous, or else no one in the middle class would ever get married. The notion that women only date guys who treat them like crap is preposterous. Women aren’t masochists, they want to be treated kindly.

The belief that a girl is out of your league because she's a ten and you’re a five is asinine. Women are, in fact, much deeper than that.

Many of the beliefs men have about women sabotage relationships and make dating harder than it really is.

So, if you want to be successful in the world of romance and if you want to learn how to attract the woman of your dreams, you must change the way you think. You must install a new belief system into your psyche.

Thus, toss out everything you think you know — every stereotype, every memory of every dame who broke your heart, all the ideas that the system has rigged and replace it all with a new kind of believing.

This new belief system not only makes you more confident, relaxed and naturally attractive as a man, but it also makes meeting and interacting with women a piece of cake … possibly wedding cake if that is what you want.

All women want to meet a down-to-earth, relaxed guy who is genuine and comfortable with who he is.

There's a lot of garbage floating around the web. So-called dating experts advising men to put on an act in order to get the girl. They encourage men to perform, use lines, and hold themselves a certain way in order to garner love and attention from women.

This advice leads you down a path of inauthentic games.

Second of all, it’s a facade women are onto as they can see right through it.

They're looking to connect with YOU.

A woman wants to meet a man with his own story, his own beliefs, and believe it or not — his own insecurities. She wants to connect with a man who is acting a certain way because that’s who he is, and not because the internet told him to.

Women are good people who want to connect with you

In the male dating circle, the idea that attractive women need to be insulted in order to be landed is often recycled. But it’s merely a myth, up there with the idea that jumping up and down after sex can prevent pregnancy. And it’s just as absurd.

Men who approach women believing they need to knock them down ultimately create a dangerous dynamic — you’re mean to her and she reciprocates. It becomes a one-up-man-ship where both parties end up as competitive douche bags.

Instead of seeing a woman and automatically thinking you must knock her down the way you would a bowling pin, approach it another way. Assume she's a nice person who genuinely wants to get to know you.

Drop your defenses and she’s more likely to do the same.

You may argue that this won’t work because “women only go for bad boys”. Some girls will always go for those who knock them down, just as some men will always date the flaming bitch.

But if you think that a quality woman who values herself will pick the jerk, with the insult, over the good guy, you need to get a clue.

She’s not rejecting you, she’s rejecting the circumstances

Rejection is part of dating. It’s a high risk, high rewards industry. Yet it’s important to know that this rejection isn’t personal. How can you know this?

Because she doesn’t know you.

If you approach a woman at a party and engage in small talk about the seven-layer dip only to have her make up an excuse and walk away, it’ll sting. But remembering that she knows nothing about you should take away at least some of the venom.

What she is rejecting are the circumstances. Her refusal to engage with you has to do with where she is in her life right now.

When you accept that rejection has very little to do with who you are and what you can offer, you allow it to roll of your back effortlessly. It doesn’t become as scary,  then approaching women doesn't seem as scary either.

Of course, it’s important to note that if you’re not talking to women with respect and tact, all bets are off.

If you approach a woman at a party and engage in small talk about the seven-layer dip only to tell her of the time you had explosive diarrhea from eating too many refried beans before asking her if she’s interested in going back to your place well, then it’s probably not the circumstances and you’re an idiot.

When you feel good, you automatically make others feel the same

What kind of things make you feel alive in life? What do you do every day that makes you happy? What decisions do you need to make now to feel better about your life?

When you feel good about who you are and what you stand for, you instantly communicate to others how they should treat you. 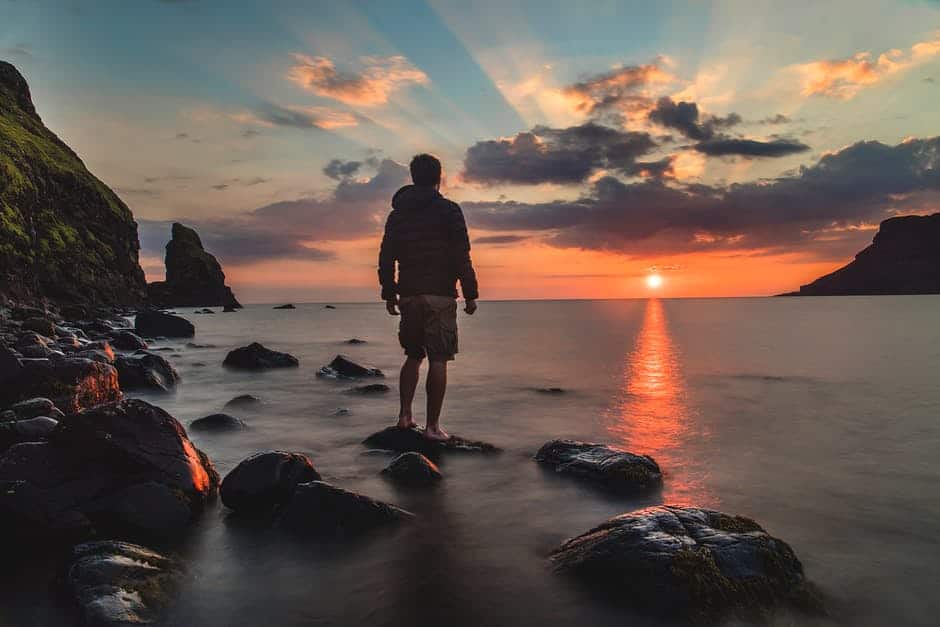 What people don’t always realize is that how others treat you is up to you, not them. Everyone in your life subconsciously looks to you to determine how to act towards you. You write the script of your role, your value in their life and then silently hand it to them when you meet.

As you think about the woman you want to date, make sure you remember this — create yourself in a way that allows her to honor and respect you.

That means act in ways you respect and honor. Then this becomes the standard for people to follow in your life.

Connection is more important than attraction

No, an ugly person didn’t come up with this mantra — it’s merely a fact, particularly among women.

So, instead of worrying about whether or not you are attractive, focus on the connection first. This is actually very easy: you don’t need to pretend to be anything.

You simply need to be yourself, listen, and understand the woman you are seeking.

When you are yourself, you are establishing a connection with her. You can make her at ease and comfortable by giving good and genuine compliments, polite gestures, create fun and light conversation or you can make her laugh like telling her pick-up lines and jokes. 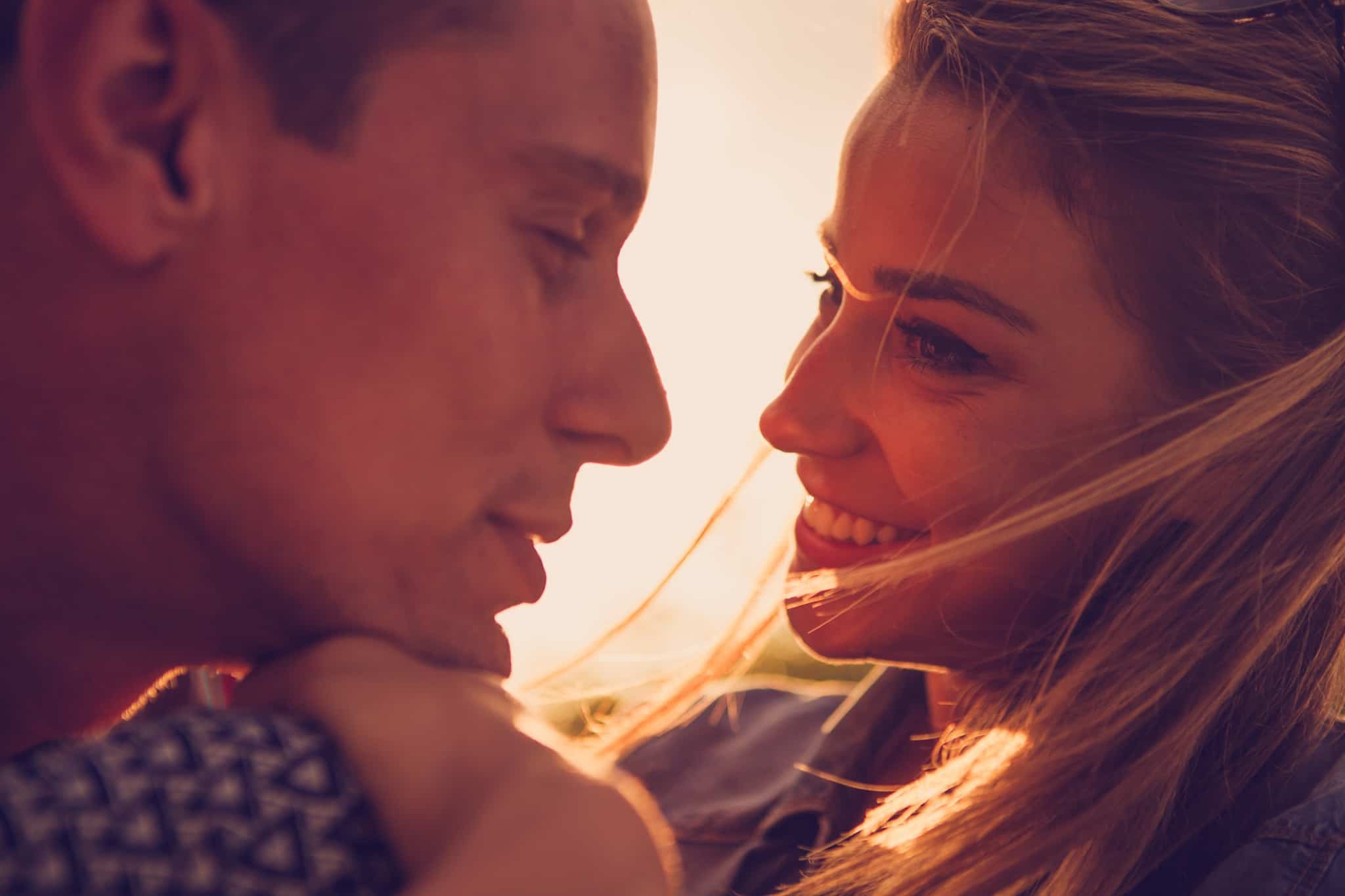 When you are able to do this – to aspire for the connection rather than the attraction – you take the pressure off of yourself, off of your extra five pounds or the weird bald spot on your head and, instead, you allow yourself to fully enter into the conversation.

People who make the mistake of looking for the attraction prior to the connection put the cart before the horse.

Even if you find a woman you think is beautiful and she reciprocates by thinking you’re handsome, there still has to be a connection.

If there isn’t, your relationship will involve little more than staring at one another and complimenting each other’s amazing dimples. Look for the connection first and foremost. Once it’s there, the attraction naturally falls into place.

Many women are more insecure than you are.

Ageism, sexism, beauty magazines — no one can argue that it is the female gender that has mostly fallen victim to present culture.

More than men, women are trained to question themselves, how they look, what they wear, and how they perform in their careers. Some women roll their eyes at all of this BS, but others take much more notice.

The way this affects you is simple, realize that the woman you’re hitting on is just as insecure as you, maybe even more so. This is all the reason to be cool, calm, and confident.

Allow her to feel safe by approaching her with your guard down and, in turn, she’ll do the same.

Women fall in love with who you are, not what you do or what you have.

It's you she wants.

A woman cares about your character — who you are and how you make her feel. So, focus on living a life that you are proud to live. Meet women by showing the kind of person you are, not the kind of things you have.

Always remember, no matter how pretty, smart, or funny a woman may be — she’s just a person, same as you.