Why Every Time You GHOST Someone You’re Dating … A Puppy Dies!

Because being a jerk makes puppies sad.

Okay, that’s not true … a puppy won't necessarily die if you ghost someone (but it can happen!). The point is that ghosting is so detrimental to healthy relationships that even angels can’t help but feel disappointed when they hear about it.

The good news is that ghosting is a relatively recent phenomena, having only emerged en masse in the past few years. Still, the act itself has been around forever, even if the buzzword was just created.

So, what exactly is it?

Haunting a lover from beyond the grave? Not exactly. Wearing chains and moaning eerily during sex? Nope (but to each their own).

Rather, ghosting is the act of abruptly stopping all communication with the person you’re dating in hopes that he or she gets the hint that you’re no longer interested.

It’s not merely the act of going silent; it’s the cruel act of not communicating that you’re going silent.

And while we've all probably done (or experienced) some version of evasive communication with people in our lives, this particular vanishing act leaves an especially bitter, sour taste in everyone’s mouth. 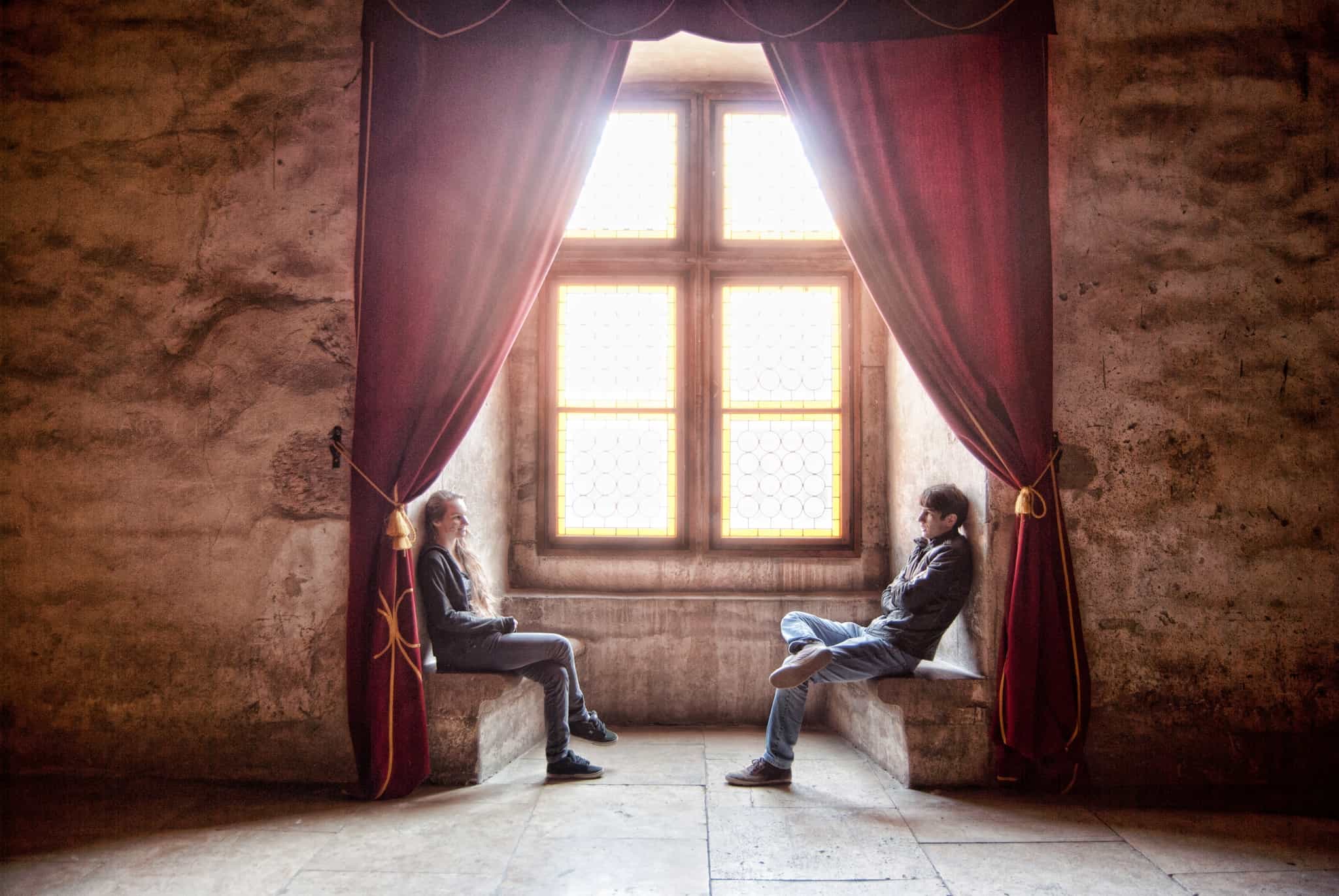 Also, it showcases the maturity level of a third-grade breakup. You're better off just pulling their hair at recess.

Now, let’s backtrack for just a second. Sometimes, cutting off all communication isn’t immature, it’s smart. If you’re dating someone who is violent, actually crazy, or threatening you in some manner, ignoring them isn’t ghosting, it’s surviving.

But, under normal circumstances, ghosting doesn't just hurt the person you snubbed, it also hurts your future relationships. Here's why:

By ghosting, you’re avoiding confrontation. This isn’t a good habit to have, as confrontation is a large part of life. In fact, letting someone down easy is an opportunity for you to practice setting personal boundaries and standing up for things you want (and don’t want) in your life.

Ghosting is comfortable, but so are Crocs. That doesn’t mean you should wear them.
2. You're disrespecting yourself

The relationship you’re in — no matter how large or small, or how great or challenging — is something you created and cultivated. By throwing it away without communication, you're sending a signal to yourself that you don’t value people that you invest in.

3. You’re assuming the other person is weak

When you ghost someone, you assume the other person can't handle outright rejection, that they’ll throw a glass of water in your face in the middle of a restaurant or start crying in public.

You might think that you’re avoiding upsetting the other person by ghosting them, but the truth is, you’re only hurting and upsetting them more. People value honesty and their time — don’t waste either.

Every time you ghost someone, a pyromaniac smiles because the bridge between you and your former partner just went up in flames.

Burnt bridges hurt us in the long run, even if we don’t realize. Maybe the person you were dating knows someone perfect for you. Maybe she or he will end up being your future boss. Maybe you’ll need a kidney and your ex will be the only ideal match. The world is full of “you never knows”, so never burn a bridge that you might cross again.

Ghosting is an easy way out — that’s why it’s appealing.

But if you’re unable to stand up for want you want and speak your mind in a relationship that you don’t really care about, what happens in a relationship you actually do care about?  When your heart is on the line, how will you communicate effectively and face adversity in a healthy way if you never practice any of those skills in other relationships?

So, what should you say instead of not returning someone’s phone calls, ignoring their text messages, and hiding behind a giant plant when he or she spots you in the local café?

Or, when there is someone else that you’ve started dating seriously:

Don’t just assume you’re going to hurt the other person by communicating how you feel.

Assume that he or she is strong enough to hear and process your honesty (and, might feel the same way about wanting to break up, too).

In the end, if you want to attract a stand-up, high quality person who doesn't play games, you must become that person, too.

Clayton has been empowering individuals and couples from around the world to find harmony and authenticity in their relationships. With a background in Professional Coaching and Neuro Linguistic Programming, Clayton takes a holistic approach to carefully reconstructing what is truly possible for his clients. Through his work he has revitalized relationships, brought together lost loves, and witnessed clients find their soul mates. Clayton's content has been seen on Fox news magazine, Huffington post, the Goodmen project and he's even had an article featured on The View.
Page load link